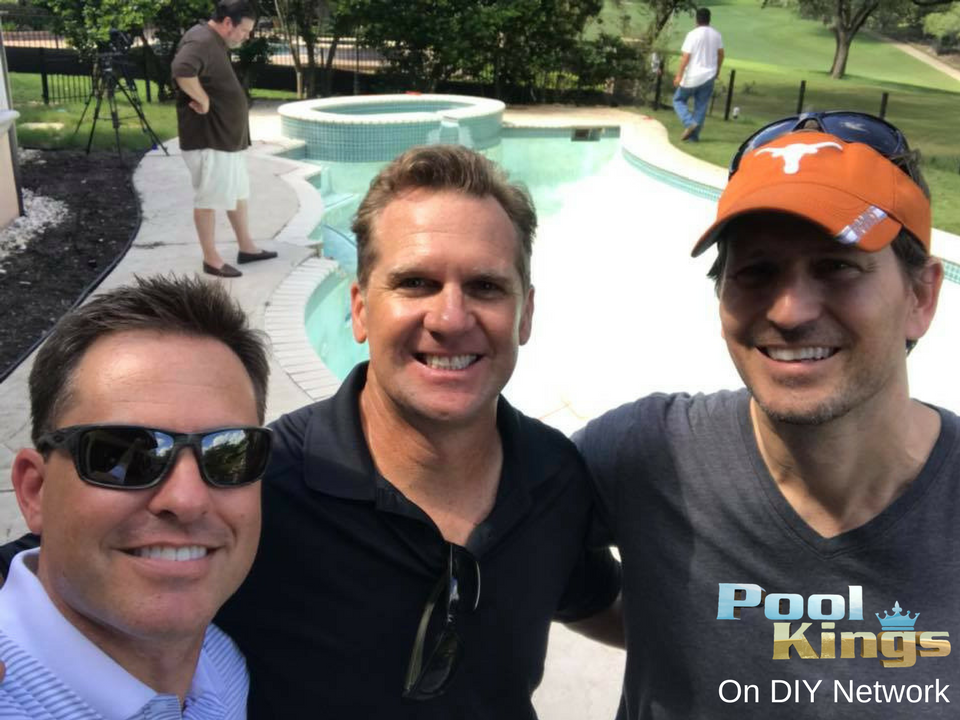 California Pools is celebrating some pretty exciting news and we couldn’t wait to share it with all of you. We had an amazing experience in season one with the Pool Kings hit reality television show showcasing what it is like to build a swimming pool and beautiful backyard with our company. Now, we get to do it again! Nothing makes us happier than building gorgeous backyard dreams for you and we hope you tune in to watch us for another season. We hope you are just as excited as we are to watch feature swimming pool projects in the state of Texas! Now that the cat is out of the bag, and you know that the DIY Network has chosen us to be a part of season two of the Pool Kings, we also want to share with you our hosts for the new season.

In season one, we had the dynamic duo of Jim Bellamy and Mike Baldasare hosting the Pool Kings for California Pools. They became our favorite duo on reality television building pools and spas and happy customers nationwide.

As season two was approaching, the producers of Pool Kings decided to narrow down their production and construction area to the state of Texas. So with that being said, we would like to introduce you to our season two Pool Kings hosts! Steve Terry, President of California Pools and Justin McGuire, the Austin Texas general manager will both be leading the charge in hosting our second season. We simply cannot wait for Steve and Justin to transform a typical backyard into a homeowner’s staycation paradise!